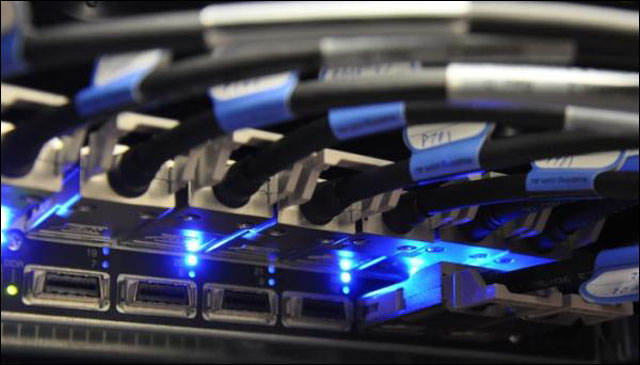 Cloud computing startups are a dime a dozen right now. But OrionVM, founded by a trio of Sydneysiders in February 2010, looks like it might be closer to launching and winning real customers than some. The company’s cloud platform will go into beta next month, and it has an office in Sydney’s Pitt St. The OrionVM guys are our guests this week for our Monday Startup profile.

Start-up name and website URL: The startup is called OrionVM (or Orion Virtualisation Solutions Pty Limited). Our website can be found at www.orionvm.com.au.

OrionVM was founded in February 2010 by three founders with a vision to create a high performance cloud infrastructure for Australia. A year later, we have almost completed work on one of Australia’s fastest cloud platforms, which will be going into beta on the 1st of March, 2011.

The founders of OrionVM are Joseph Glanville, Alexander Sharp and Sheng Yeo. Each of us have our key skillset that contribute to making this project run smoothly. Joseph is the resident systems architect of OrionVM. He has the knowledge and experience required to design and build the highly available and redundant architecture required. Joseph has an in-depth understanding of Linux systems, virtualisation and clustering solutions that allows him to design our high performance infrastructure.

Alex is our back-end systems developer who works closely with Joseph to build our custom management, billing and storage infrastructure. Alex has an extensive knowledge of databases and backend development that he has gained from having spent some time at MIT and working for a global content delivery network.

Sheng is deals, taking care of the majority of business-related tasks for the company. He has previously spent several years working for a large accounting and consulting firm. Coming from a background in accounting and networking, he deals with the company’s sales and financial-related matters as well as maintaining our network infrastructure.

What is the story behind how the company was created?

The founders of OrionVM have been friends since meeting at university and working on several other projects in the past. OrionVM was born through a need for a high performance cloud platform in the development of a prior project. Before OrionVM, Alex and Joseph were working on the development of a AI learning search engine that required a large amount of compute power on demand.

While the likes of Google may have the capital to run millions of servers, a small development project like this did not. After spending some time working with the existing platforms available, it was decided that none of them offered the performance or was as easy to use as it should be. After pondering on the idea to build their own platform to run the project on, an idea hit us … “Why don’t we build our own cloud?”. After looking around the marketplace, it was evident that Australia lacked a quality high performance local cloud platform. OrionVM was born soon afterwards.

OrionVM has almost completed work on a high performance and highly reliable Australian infrastructure as a service (IaaS) platform. We have designed and built this platform from the ground up to be as stable, reliable and redundant as possible.

Unlike many other cloud providers, we have not simply taken off-the-shelf software and installed it on some servers. We have developed a custom hardware and software stack to allow us to deliver a high performance cloud solution without the bottlenecks of a traditional centralised storage architecture. The OrionVM cloud platform offers the benefits of a traditional high performance cloud platform while maintaining an Australian presence.

The problems our service aims to solve are:

The OrionVM Cloud Platform will be moving into a public beta on the 1st of March 2011. We are wrapping up the final parts of our code base and will be put through internal testing soon.

We bill for our services on a per hour basis per amount of each resource used. Memory, storage and bandwidth are billed individually allowing you to specify the exact requirements for your server and only use the resources for as long as you need them.

OrionVM has been completely self-funded by its founders.

We are based out of Sydney in Australia. Our servers are located in the Vocus datacentre in Alexandria and our office is on Pitt Street in the Sydney CBD.

The three founders form the core of the full-time work force. We also currently have two summer interns.

Our major competitors are as follows:

We have built our cloud platform to offer greater performance and redundancy than our competitors.

The next steps for OrionVM will be to complete the product over the next week or two, and then push it into a public beta trial on the 1st of March 2011. Once we launch our core product, we will be working hard to deliver new and innovate features.