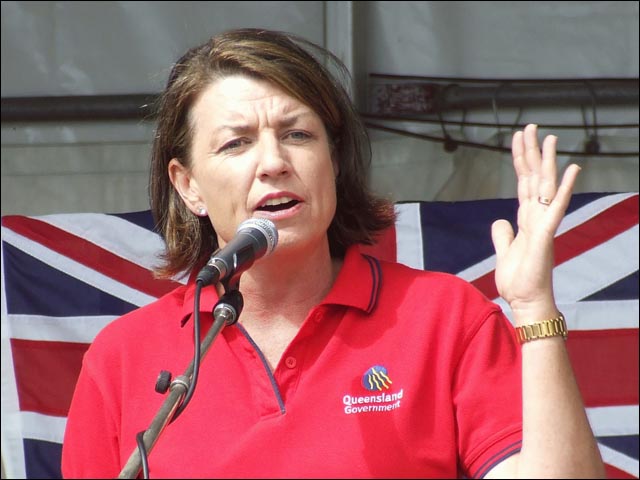 The Queensland State Government yesterday announced a substantial restructure of its technology shared services arrangements in the wake of an extensive report by consulting firm PriceWaterhouseCoopers into its troubled Queensland Health payroll systems implementation and other problem-plagued projects.

In late June Premier Anna Bligh (pictured, above) had commissioned PWC partner Roger McComiskie to undertake a formal review of its shared services business model, following the state’s decision to walk away from the one size fits all approach it had utilised, where agency CorpTech had been in charge of providing services to the state.

The step came after the state’s Auditor-General Glenn Poole lambasted the state’s performance in a report on Queensland Health’s disastrous payroll systems implementation. Poole also noted that three other major technology consolidation projects were also suffering governance problems and were behind schedule.

In his report published yesterday and available online, McComiskie recommended the state set up three separate shared services centres, to supply services to Queensland Health, the Department of Education and Training and to the rest of the public sector respectively.

The model mimics a similar approach taken by Western Australia.

The key change, McComiskie wrote, was that responsibility for the management of Health and Education’s finance and HR/payroll systems would be taken from CorpTech and back into their own internal IT departments. Public Works and ICT minister Robert Schwarten, whose portfolio includes CorpTech, said in a statement that the Government would implement all recommendations of the report (also including beefed up governance arrangements).

In general, McComiskie found from his investigation that there was a continued need for technology shared services within Government, but that successfully introducing shared services into the public sector was typically “a longer journey” than in the private sector, due to a lower appetite for risk, an increased complexity of stakeholder relationships, and issues associated with public ownership and scrutiny of government activities.

The changes, the PWC partner wrote, would increase the proximity of the technology systems to the businesses they served, as well as removing inefficiencies in processing and improving the clarity of the whole process.

McComiskie found that the size of the Health and Education departments — the largest in the state — meant that no additional economies of scale were likely if the systems were held by a central agency like CorpTech. The move will also allow Queensland Health specifically to better respond to the complexity of its payroll requirements, as well as more closely manage uncertanity around future delivery.

Corporate Solutions Program
The report also contained recommendations for the future of the Government’s Corporation Solutions Program. The CSP was established in August 2005 with the aim of implementing a whole of government finance and human resources solution based on software from German vendor SAP. It had an initial capital budget of $125 million, which has since been revised progressively to $249 million.

IBM is the prime contractor on the project — but in September 2009, IBM’s role was revised downwards — to solely include the replacement of Queensland Health’s LATTICE payroll system.

McComiskie recommended in his report this week that the program be reassessed to confirm timeframes were achievable.

“In our view, the current program of work is not realistic in light of competing demands, exposing the shared services providers to material risk,” he wrote. However, the PWC partner recommended that standardisation onto SAP and other relevant systems continue, although a process standardisation program would be needed.

Minister Schwarten said that Queensland would now consult with all staff and unions who would be affected by the coming restructure, and that the Director-General of the Department of Premier and Cabinet would chair a newly-formed Shared Services CEO sub-committee, which will be held accountable for the delivery of shared services across the government.