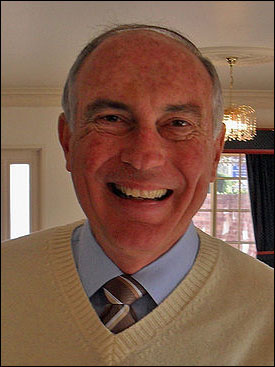 Nationals leader Warren Truss has blasted Labor’s National Broadband Network project, as increasing signs continue to mount that the clutch of independent MPs who will decide the next Federal Government are highly concerned about telecommunications and broadband as an issue.

Tasmanian independent Andrew Wilkie briefly listed the NBN as an issue in his initial letter to both sides of Government as he opened negotiations for which side he will back and backed the NBN project in comments made to the ABC last week.

Greens MP Adam Bandt’s party is behind the NBN, and the trio of rural independents has flagged telecommunications as an issue in their own negotiations.

However, in a press conference broadcast by ABC News 24 today, Truss said it was the Coalition’s broadband policy that would deliver to rural Australia first.

“One of the key differences with Labor is that our intention is to seek out areas which have poor broadband coverage now and deliver to them,” he told journalists. “We intend to lead with private sector investment — Labor intends to lead with taxpayers’ money”.

Truss claimed that Labor’s policy would rule out rural towns with less than 1,000 residents from receiving fibre broadband and would duplicate existing fixed networks in metropolitan areas. The Coalition’s policy would deliver to the bush faster than Labor’s, he claimed.

Truss noted that both policies featured similar technologies — fibre-optic cable, as well as wireless and satellite solutions. However, he said, the Coalition’s policy would use more wireless than Labor would.

Broadband was one of the key points of differentiation that the major parties took into the election, which resulted in a hung parliament, with Labor’s plan to roll out fibre around the nation and the Coalition’s more minimalist approach targeting regions which had pain points such as a lack of competitive backbaul back to metro areas, and using wireless for others.

Various points of both plans have been criticised by the independents, however one common theme is that several of the minor parties and independents — such as the Greens and Bob Katter — appear to feel Labor’s fledgling NBN Co should remain in public hands.

The wireless portion of the Coalition’s plan has also been a bone of contention, with most of the industry seeing fixed broadband as the more viable long-term option. However some NBN critics — such as Exetel chief John Linton — have repeatedly highlighted the growing demand for mobile broadband as one indication that Australia doesn’t need fibre rolled out around the nation.