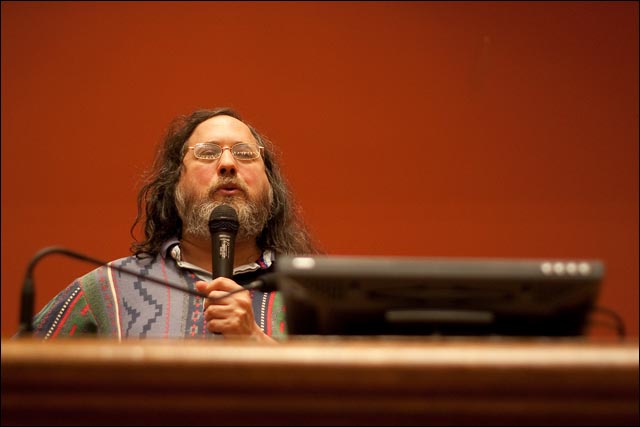 Labor’s controversial mandatory internet filter project is an attack on human rights, and Australians should beware of the project and other tyrannical government policies, free software luminary Richard Stallman has said in an interview ahead of a visit to Australia in October.

Stallman is best known for his creation during the early 1980′s of the GNU Project, which combined with Linus Torvalds’ kernel programming efforts in the early 1990′s to form what we today refer to as the GNU/Linux operating system.

“Censorship is an attack on human rights. Australia already practices Internet censorship: it prohibits links to forbidden sites. Rudd was proposing to make this even worse by blocking access to those sites. If that plan is rejected, the existing censorship still stands between Australians and liberty,” Stallman said.

Shadow Treasurer Joe Hockey last week revealed the Coalition would block Labor’s mandatory internet filtering policy in parliament, in a move that will signal the death of the controversial project if the Greens control the balance of power in the Federal Senate after the election.

But Stallman warned other Australian Government policies waited in the wings.

“The government also plans surveillance of Australians’ internet use, and is keeping the details secret to ‘avoid premature debate’,” he said, referring to the controversial data retention policy being considered by the Federal Attorney-General’s Department.

The news comes as Prime Minister Julia Gillard this morning reiterated the Government’s support for the filter project, despite the likely demise of its necessary legislation regardless of who wins the upcoming Federal Election.

Greens Communications Spokesperson Senator Scott Ludlam yesterday said he was surprised that Conroy was continuing to allocate public servants to work on the project when both the Coalition and the Greens had vowed to block associated legislation when it arrived in the Senate.