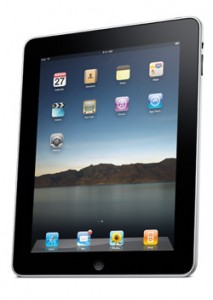 Education Minister Bronwyn Pike this morning revealed the full list of seven Victorian Government schools — five colleges and two primary schools — and one children’s hospital that will participate in the state’s iPads in education trial.

Pike distributes 20 iPads to children at the Royal Children’s Hospital today. The schools which will receive the Apple tablets are:

“Today is an exciting time for Victorian Government school students, including those battling illness and undergoing rehabilitation at the Royal Children’s Hospital,” said Pike in a statement. “The iPad will take its place in the classroom alongside netbooks, interactive whiteboards and our revolutionary online learning portal — Ultranet.”

The Royal Children’s Hospital Education Institute (RCHEI) will also be a part of the trial to assist long term patients in education and morale through communication with their teachers and peers. The Brumby Labor Government will be sharing out 500 iPads to the schools and the RCH in total.

“Technology is a powerful tool to help students stay in touch with learning when they’re in hospital — the iPads will be very popular with the children,” RCH Education Institute executive director Glenda Strong.

Organisations across Australia are trialling the iPad to determine what place — if any — the Apple device will take in their environments. But not everyone has immediately bought into Apple’s hype over the device.

For example, the chief executive of South Australia’s health department issued a sternly worded letter to all staff in late May warning them off corporate purchases of Apple’s flagship iPad device until the department’s IT team could properly assess the device.