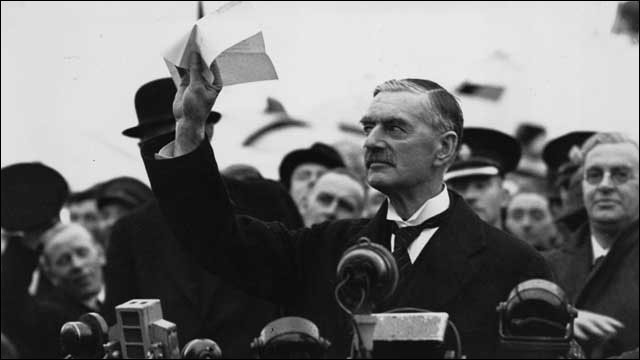 opinion The recent adult rating for computer games debate has raised a concept that I’ve alluded to a few times in the media recently (and if you’re unlucky enough to be someone who knows me in a private sense, you’ll have had it there too) — namely, the dichotomy of what democracy means — how politicians view it and how everyone else does.

Politicians think that the democratic process is about people popularly choosing representatives whose personal beliefs about what actions should take place in office reflect their own. If it turns out they don’t in fact reflect their own, then at the next election they’ll be voted out. If they do, then they’ll stay longer.

Everyone else thinks that the democratic process is about popularly choosing representatives based on a really rather broad range of criteria, with the belief that once they have the authority of office, they will act in a manner consistent with the popular will of the people at the time (resolving conflicts either by popularity or a dose of their own beliefs). If ever they waver from this, they’ll be voted out at the next election. If they hold fast, they’ll remain.

It’s a subtle difference, with politicians considering that they should do as they please because their election was confirmation that what they please is correct, and everyone else considering the election to be merely the beginning of an ongoing process.

As a politician it’s mandate to do as you please with one’s fingers in one’s ears, versus a successful interview as a listener. This becomes really, really apparent when we actually test politicians at listening. We do this in a “public consultation”.

The first public consultation I want to examine here is not in fact the one about a adult rating for games that was recently conducted. I’ll start back a bit further than that.

In the early nineties, it was considered that R and X rated material might be included on subscription or “pay” TV services. It’s a somewhat natural progression, in 1993 as now it was the case that while a TV that just receives commercial signals can show any old thing to anyone, someone paying for a version of a service that is normally free, might want … well, more.

A TV shows whatever from free-to-air is broadcast, but with a cable service and a device that shows (and restricts) content, it might make sense to have a bit more of a specials board instead of just the a la carte menus. Put simply, if I’m paying for it, I clearly care enough that watching Pulp Fiction on it should be an option.

So … public consultation time. Does the electorate want adult material to be potentially available on pay TV? Parliament insisted that what was needed was a good ol’ fashioned survey, and told the Australian Broadcasting Authority (now ACMA) to do the “do you agree or strongly agree” thing. The results in 1994 were reasonably clear:

The ABA’s research was tabled in Parliament on 7 December 1994 in a report titled R Classified Programs on Pay TV. It recommended that Parliament approve the broadcast of R-rated programs by subscription television broadcasting licencees. This recommendation was based on the fact that 82 per cent of a survey of 2440 Australian adults agreed that adults should have the option of watching R-rated programs on pay TV. Majority support for this proposition was apparent across all segments of the population as defined by age, gender, parental status, state of residence and area of residence. Agreement varied from a high of 93 per cent (18-24 years of age) to a low of 73 per cent (65 years and over). The respondents to the survey were informed that the availability of R-rated material would be conditional on the approval of disabling devices installed in the set top boxes provided by pay TV operators. Such devices could. for example, require personal identification numbers to be entered before the programs could be viewed. Other results of the survey were:

So, generally speaking, over half thought your slap and tickle could involve slap and tickle, 69 percent said bring the action, 70 percent that mojo was ok if you’re paying the bill, people generally agreed that “after the kids were in bed” was when this should all take place, with suitably vanishing minorities saying “never” or “always” which is about what you’d expect — fringe amounts of people holding fringe beliefs.

So, the government told the people to speak, and the government’s broadcasting authority listened, and then the government … figured people didn’t understand the question. That’s why you can’t watch Fight Club on Foxtel.

Same thing. We had public consultation on whether or not to have an R rating for computer games, because Australia is the only country that doesn’t but we still have adults playing games like all the other countries. The answer? 59,678 submissions, of which all but about an armful said that this is what we want.

What did the government do? Not what we wanted, that’s for sure. They did what they wanted to do, and rationalised it as being the right thing to do because we voted them in and if this isn’t what we wanted … well that’s unthinkable because they do the things that get done, and we nominated them to do it, so it’s the will of the people by default.

So why? Why do they do this? Why don’t they just do as they’re told?

The answer is ethics — the idea of a subjective “right thing to do”. As a Christian I have a set of beliefs that I act within; there are certain things I will do and certain things I refuse to do because I adhere to a certain religion. That’s my business, between me and my God. You can do as you please, I honestly don’t care, but I’ve accepted a set of obligations and I’ll act within them.

Not everyone has the same opinion, not even every Christian. There’s two incorrect beliefs that float around out there. The first is that there’s a God like I believe there is, and that he wants a certain sort of behaviour like I believe he does, but added on top of all this like I don’t, is the idea that everyone else should be involved in this too. The first belief is that everybody else in Australia, or within our legal jurisdiction and the reach of our international agreements, should behave according to these rules whether or not they choose to because I am right and they are wrong.

The second belief is basically the exact same thing, but it’s missing the deity. Australians like Clive Hamilton gallop off in the direction of a “secular ethics”, which is the belief that everyone should do what you think you should do, whether or not you think you should do it because of a supreme being. It’s at least as destructive and it usually differs from Christian ethics in the rhetoric only; substitute “traditional Christian values” with “family values”, or “what reasonable people expect” or even “community expectations”* and you’re left with the same “my size fits all” approach to what we should be doing as a country.

What’s the solution? Simple. Save for the idea that harm to other members of the community is intolerable and law enforcement ought keep that under control, we need to stop attempting to force our approach to life on other Australians, and we certainly need to stop doing it because we think this is what we were elected to do.

We need to have faith that if the way we act is truly the way everyone should act, we can act that way and everyone else will follow the example. As politicians, there needs to be a lot of listening to what people are constantly saying and not a lot of just listening to the number one in a box on a piece of paper for one day in four years. We need to actually communicate and move forward as an electorate, because if this is you listening to me, you might as well not bother. It just makes me think things might change.

*It’s important to note here that “community expectations” are nothing of the sort, because the phrase usually means “trust me, this is what everyone wants” and communities rarely expect anything of the sort.

Geordie Guy is the national technology policy coordinator at the Australian Democrats, an infrastructure consultant at Tourism Australia, and a board member of Electronic Frontiers Australia. This post first appeared on his blog and is replicated here with his permission.

Image credit: Believed to be public domain or out of copyright