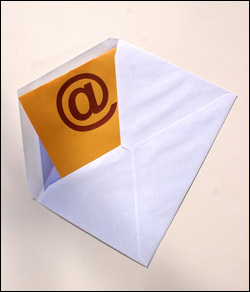 The long and often highly publicised history of Australian independent hosted email company FastMail.FM has come to an end with an acquisition by Norway-based browser firm Opera.

The Melbourne-based company achieved a great deal of press coverage — much of which is still available online, in the early years of this decade after founder Jeremy Howard — a former management consultant with McKinsey and A.T. Kearney — created it in 1999 with school friend Rob Mueller.

The service quickly attracted hundreds of thousands of users to its platform because of the strength of its technology when compared with more monolithic platforms such as Microsoft’s Hotmail. But it has lost attention over the years as others — notable Google’s Gmail offering — have started to offer similar features and much larger storage capacity.

Announcing the acquisition in a statement on Friday in Oslo, Opera said FastMail.FM had forged a reputation for “responsiveness and reliability”.

“The company already offers some of the most advanced web-based e-mail platforms for consumers and small business customers and has been lauded for its approach to security, focus on innovation, and support for open, interoperable standards,” the statement said. FastMail’s solution was built on open source platforms such as Linux, MySQL and Apache.

“Since the release of Opera 4 in 2000, Opera’s desktop browser has included its own innovative e-mail client. Following this acquisition, Opera will be able to offer a consistent e-mail experience across all products,” Opera added.

In a simultaneous post on FastMail’s blog, Mueller said all existing users had to do in relation to the Opera acquisition was to click “I Accept” in an email the company was sending out.

Or users, could “do nothing, and just continue to use your account as you normally do”.

“Both of these actions indicate that you accept that Opera take over the operation of your account and personal data,” he wrote. “There are no configuration changes or any other changes you need to make. Opera will take over the running of FastMail.FM including all existing accounts, so things will just run as they do now with the same billing cycle, pricing, features, reliability, security, etc. Relax, everything is going to continue just fine.”

Why sell?
Mueller said the company had sold itself to Opera, because “in an increasingly competitive market, we believe we need to make some big investments to take the next steps forward.”

“Joining together Opera’s expertise in web browsers and especially the mobile market, and FastMail.FM’s expertise in email, will allow us to grow and take on the next big challenges in running and building an email service,” he wrote.

Some of FastMail.FM’s staff will move to Norway to work with opera — such as “long-term part-time developer Neil Jenkins”, who developed FastMail.FM’s webmail interface and photo gallery feature. Terms of the acquisition were not disclosed.