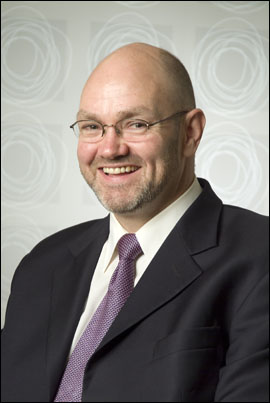 Currently executive director of printing specialist Upstream Print Solutions, Neil Tilley started his first company at age 20, before gradually working his way through the ranks to become general manager of Alcatel Australia. After a further career with office automation group Gestetner in the 1990’s, Tilley then became general manager of Lexmark Australia after the group’s acquisition, before co-founding Upstream with Gorden Hoen in 1995.

In my school holidays I had a job stacking bricks at the local brick kiln near where I grew up in Adelaide. It was hard work but good money.

I love the people. I have been in the industry since 1982 and over that time I have met and worked with some really fascinating people and made some great friends.

I am an avid water-skier; I just love the hot weather, the warm water and the adrenaline that goes with skiing. As I get older I keep thinking I should get a more appropriate hobby (one that does not hurt my body so much) but so far no luck – I’m still hooked on skiing!

Hopefully we will be a more mature industry, focusing more on our customers and delivering them value and less on technology for technology sake. I think the internet will have an even more profound impact on us all as the speed and availability of broadband ramps up.

Rod Hogrefe — Rod and I worked at Lexmark together and I would often be telling Rod how I wanted to start my on business, and he convinced me I should. Not long after that, Rod and my current business partner Gordon Hoen started Upstream. The rest is history and with Rod’s encouragement I made the best career move ever, thanks mate!