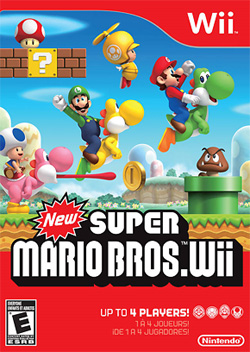 Nintendo Australia today said it could take similar action against other sellers of devices that allow games to be illegally copied for use on its consoles, after it won a $620,000 victory against one such firm this week.

In a statement today the company confirmed news broken yesterday that it had successfully taken action against local group RSJ IT Solutions, which trades as GadgetGear and the individual directors of the company, Patrick Li and James Li. The company had been selling the R4 cartridge locally. Yesterday, RSJ declined to comment on the case.

The device — which is popular internationally — runs its own operating system for Nintendo’s DS handheld device. Individual games and other applications, some of them purporting to be legal, can be downloaded from the internet as small files and simply added to the chip’s storage.

The cartridge is then slotted into the top of a Nintendo DS as any other cartridge would be. It does not permanently modify the handheld console and is sold by a number of Australian and international distributors.

“Nintendo will pursue those who attempt to jeopardise the gaming industry by using all means available to it under the law. In particular, Nintendo is currently contemplating bringing further actions against other sellers of game copying devices in Australia,” the manufacturer of popular game series like Mario and Zelda said in its statement.

The result of the court action was understood to be a settlement that came in the form of Federal Court orders.

According to Nintendo’s statement, GadgetGear had acknowledged that the devices it was selling infringed Nintendo’s copyright and trademarks and were “illegal circumvention devices” that the company will now refrain from importing or selling.

“GadgetGear and the directors will also pay Nintendo a total of A$620,000 by way of damages. GadgetGear will also be delivering to Nintendo all its stock of game copiers for destruction,” Nintendo said.

The game company said since 2008, it had pursued over 800 actions in 16 countries to stop game piracy, confiscating “well over” half a million game copiers for the Nintendo DS. The company said piracy affected sales, the price of video games, and employment in the video game industry.

“The existence of piracy jeopardises the strength of the video game industry overall,” Nintendo said.

The news comes as Nintendo Australia has taken other recent actions to ramp up its fight against game piracy. Last week it was revealed that it had successfully sued a Queensland resident for uploading to the internet a copy of its Wii game New Super Mario Bros a week before its Australian release in November last year. The Queenslander — named by multiple media outlets as James Burt — will pay Nintendo $1.5 million.